Ojo al Piojo! International Children's Film Festival is organized by the Rosario Audiovisual Center of the Ministry of Culture and Education of the Municipality of Rosario. The eleventh edition will be held from August 18 to 21, 2022 in the city of Rosario, Santa Fe, Argentina.

Ojo al Piojo! it is part of the public policies that the city of Rosario offers for children, protecting and guaranteeing the right to access cultural property, in accordance with the International Convention on the Rights of Children and Adolescents.

Promotes the exhibition of quality short and feature films understanding in this concept that cinematographic resources (script, photography, editing, performances) must be appropriate for children; the themes and interests are representative, the story and the narrative treatment is attractive and interpele as well as the language, appropriate to the age of the target audience. The works must contemplate a broad and integrative view of inclusion and cultural diversity.

The Festival has three (3) competitions:

- Competition of short films made by girls, boys and young people

- Competition of short films made by adults and adults

1.1 Receive audiovisual works (short films and feature films) intended for children between 4 and 13 years old, made from January 2021 until the closing day of this call.

1.2 Feature films and short films that have not been part of the programming of previous editions of the Festival and are preferably not available on VOD platforms are admitted.

1.4 The festival does not receive registration fees. Non-Argentine works pay the fee set by the Festhome platform.

1.5 Short films of up to ten minutes (10') in length and feature films can be registered.

1.6 The file must be uploaded with extension .mov or .mp4, resolution 1920 x 1080 px, H264 encoding with quality up to 5 GB for short films and up to 20 GB for feature films, without watermark. The file must be available for download for selection purposes.

1.7 Works (short and feature films) must be spoken or dubbed into Spanish, or they must not contain dialogue. Subtitled works intended for the public between 4 and 9 years old are not accepted. In the case of feature films, only works with Spanish subtitles for children between 10 and 13 years old will be accepted.

1.8 The quality of the file sent must be checked at source, guaranteeing audiovisual readability. In case of not complying with this requirement or manifesting technical failures that prevent its visualization, it is automatically disqualified from the contest.

1.9 Works registered by distributors must provide contact details for the direction and/or production of the film.

1.10 Whoever registers the work, authorizes the free use of up to ten percent (10%) of it with a view to the promotional exhibition of the Festival.

1.11 The festival does not pay screening fee.

1.12 All works are evaluated by the Selection Jury.
1.13 The submitted material will be considered a final copy. For the Feature Film Competition, those who are selected must send a copy in DCP for the theatrical screening (at no cost to the festival).

1.14 Once the selection of feature films has been made, the production of each film is requested to have the status of Premiere with which it will be exhibited at the Festival (International, Continental, Regional, National or Local Premiere).

1.15 Works that do not meet the requirements of these rules will not be registered. Likewise, the Festival will resolve in an unappealable character any eventuality not specified in these regulations.

2.1 Competition of short films made by children and young people
It contemplates works where children and/or young people have participated in the integral production and that represent genuine ideas and interests of childhood.

2.2 Competition of short films made by adults and adults
It contemplates works that express contents aimed at children that do not promote violence in any of its manifestations and that do not violate the Convention on the Rights of Children and Adolescents.

2.3 Feature film competition
It contemplates works that express content aimed at children that does not promote violence in any of its manifestations and that does not violate the Convention on the Rights of Children and Adolescents.

3.1 Selection
The Selection Jury chooses the short and feature films that make up the Competitions.

3.2 Awards
The Award Jury is made up of children, adults and adults linked to audiovisual production. It awards the prizes of the Competitions and special mentions in those areas that it considers.

The festival awards a diploma and statuette to the winners of each competition.

- Award for Best Short Film Made by Children and Young People

- Award for Best Short Film Made by Adults and Adults.

- Mirada de piojo Award for the short film most voted by the public.

No prize shall be void. No shared prizes are awarded.

The decision of the Juries is final.

All unforeseen cases will be resolved by the organization.

5. CINEMATHEQUE
All the works presented are incorporated into the Cinematheque of the Rosario Audiovisual Center of the Ministry of Culture and Education of the Municipality of Rosario to integrate the Film Festivals Collection, guaranteeing their preservation.

6. TERMS AND CONDITIONS
The mere fact of participating in the Contest implies the tacit and total acceptance of the regulations.

Ministry of Culture and Education – Municipality of Rosario 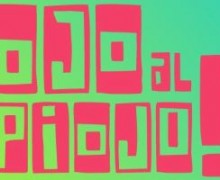